Open shortest path first is an open standard routing protocol that’s been implemented by a wide variety of network venders, include Cisco. And it’s that open standard characteristic that’s the key to OSPF flexibility and popularity. OSPF use the Dijkstra algorithm to initially construct a shortest path tree and follows that by populating the routing table with the resulting best route. Its quick convergence is another reason it’s a favorite. Another two great advantages OSPF offers are that it supports multiple, equal-cost routes to the same destination and it also supports both IPv4 and IPv6 routed protocols. 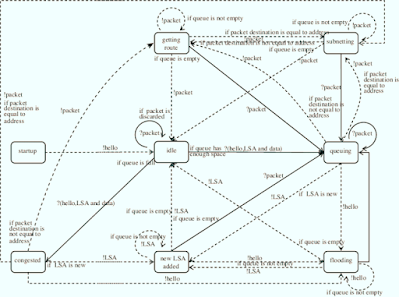 Here’s a list that summarizes some of OSPF features:

Link a link is a network or router interface assigned to any given network. When an interface is added to the OSPF process, it’s considered to be a link.

Router ID the router ID (RID) is an IP address used to identify the router. Cisco routers choose the router ID by using the highest IP address of all configured loopback interface. To router ID is basically the “name” of each router.

Neighbor neighbor are two or more routers that have an interface on a common network, such as two routers connected on a point-to-point serial link. OSPF neighbors must have a numbers of common configuration options to be able to successfully establishing a neighborship, and all of these options must be configured exactly the same way:
·         Area ID
·         Stub area flag
·         Authentication (if using one)
·         Hello and Dead intervals

Adjacency an adjacency is a relationship between two OSPF routers that permits the direct exchange of routes updates. OSPF directly share routes only with neighbors that have also established adjacencies. Not all the routers neighbors will become adjacent – this depends upon both the type of network and configuration of the routers.

Designated router a designated router(DR) is elected when OSPF routers connected to the same broadcast network to minimize the number of adjacencies formed and to publicize received routing information to and from the remaining routers on the broadcast network or link. Election are won based Upon a router’s priority level, with the one having the highest priority becoming the winner. If there’s a tie, the router ID will be used break it.

OSPF area an ospf area is a grouping of contagious networks and routers.

Broadcast (multi-access) broadcast multi-access networks such as Ethernet allow multiple devices to connect to or access the same network, enabling a broadcast ability in which a single packet is delivered to all nodes on the network.


OSPF uses a metric referred to as cost. A cost is associated with every outgoing interface include in an SPF tree. Ospf metric is not define in standards, every vendor uses different formula to calculate metric. cisco  uses a simple equation of 108/bandwidth.


Before we start  BGP configuration check out some important  of BGP CCIE exam topics.

Here are the lists of all OSPF labs and theories CCNA to CCIE. 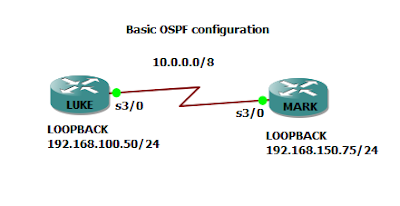 Email ThisBlogThis!Share to TwitterShare to FacebookShare to Pinterest
Labels: OSPF

What is PVST PVST+ and RPVST+ Spanning tree? How to configure PVST? 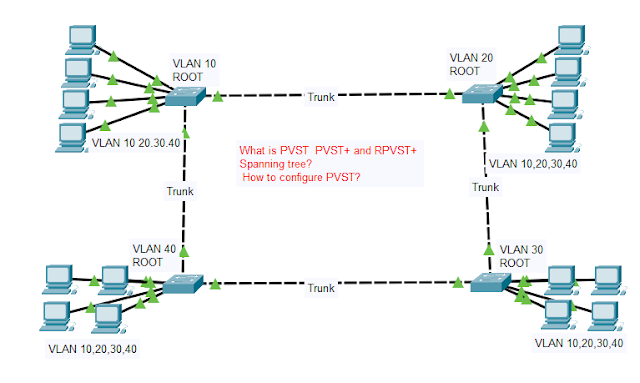